Kimpusenji is a central temple for the Shugen sect of ascetic Buddhism. Whereas Sanjozaodo, the main hall of Ominesanji, located on Mt. Sanjogatake, 16km to the south-southwest of Kimpusenji, was revered as a mountaintop temple for Zao Gongen,  the Sangezaodo, the Hondo of Kimpusenji was revered as the mountain-base temple for Zao Gongen.
It received great reverence as the religious center at Yoshino, the sacred site for the Shugen sect.
In the temple compound which extends 70m east-west and 120m north-south, the monuments including for Hondo and the Niomon still remain, and there are underground archeological remains of the Nitemmon, the Chumon, the Daito, the Jikido and the Kairo, which are in a good condition of preservation.
The Kimpusenji Honden, which is the main temple building fo Kimpusenji, is a 1592 reconstruction, however from historical activities it is known that the building had existed back in 1103.
As a wooden structure with height of 34m, enshrining three large statues of Zao Gongen of the Shugen sect, it projects majestic atmosphere suitable for the  central temple of the Shugen sect.
On the other hand, in April, when cherry blossoms are in bloom, the traditional ritual Hanakusempoe, in which cheery blossoms are offered to the chief deity in prayer for the purging of human sins, is observed annually with great enthusiasm. 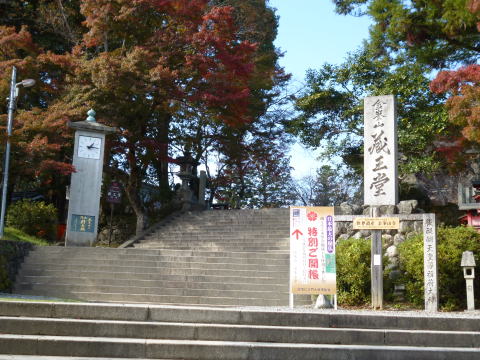 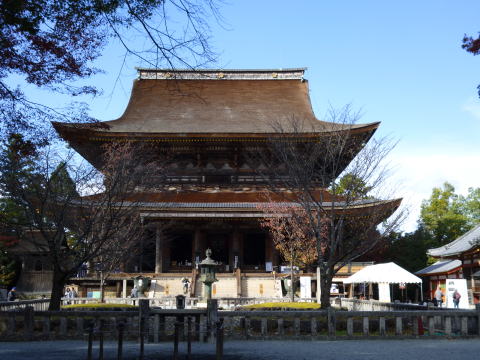 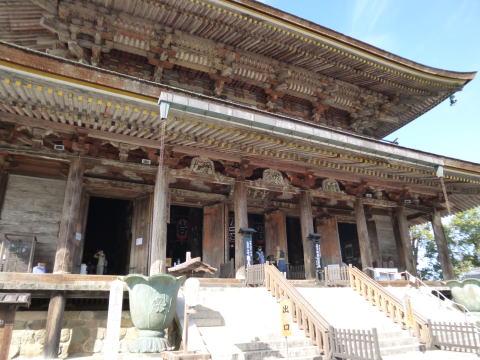