Kumano Hongu Taisha, formally known as Kumanonimasu-jinja, was situated on the sandbank of the Kumano River, running through the basin surrounded by mountains and hills, since the time of its founding until, suffering from flooding of the river in 1889, the surviving shrine buildings including the main three structures were relocated to the present location for reconstruction in 1891.
The shrine first appeared in historical documents in 859. In the late 10th century, it came to enshrine the deities of Kumano Hayatama Taisha and Kumano Nachi Taisha together with its own deity as Kumano Sansho Gongen, the trine deities of Kumano.
Later in the 11th century, with the addition of accompanying deities, the shrine held 12 deities as Kumano Junisho Gongen and all were objects of worship.
The Kumano Hongu Taisha Shaden still retains most of the structural members from the reconstruction work carried out from 1801 before the 1889 flooding of the Kumano River.
It is a characteristic of this shrine that building dedicated to the deities of Kumano Nachi Taisha and Kumano Hayatama Taisha, a shrine building dedicated to its own deity and another shrine building dedicated to the child god of the deity are arranged in one line from east to west.
This is the traditional composition that can be seen in the diary of a pilgrimage visitor in the 11th century and in a picture drawn in 1299.
From JR Shingu Station, it takes about 100minites by bus.(Y.N) 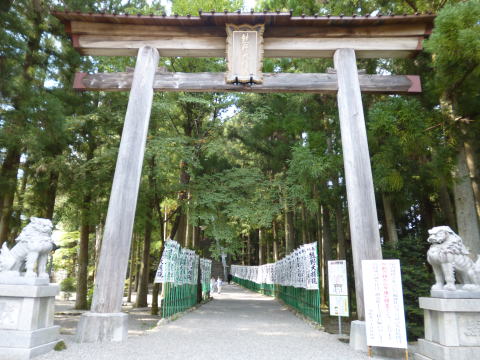 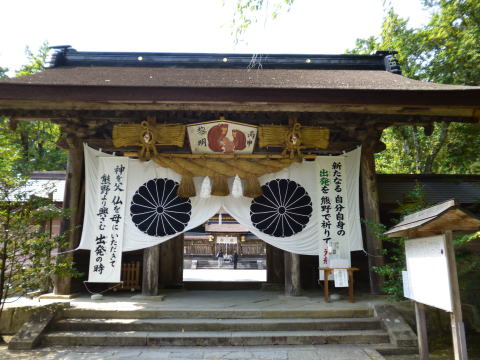