Just as Kobo Daishi was departing from Tang China to return to Japan in 806,
he is said to have thrown a three-pointed vajra, a Shingon Buddhist ritual item, toward Japan from the port of Mingzhou
with the wish of finding a place appropriate for establishing Shingon Buddism in Japan.
After returning to Japan he serched for the study center of the Shingon Buddhism.
He came to Koyasan and found the three pointed vajra lodged in the pine tree.
Since then, the pine tree has been called the Sanko no Matsu, or the three-pointed Vajra Pine Tree,
and is popularly connected with faith in Kobo Daishi.
Pine needles usually come in clusters ranging from two to five needles,
the needles of Sanko no Matsu however, are in clusters of three, like the three-pointed vajra it is named after.
Visitors today treat needles of Sanko no Matsu as talismans and keep them as lucky charms. 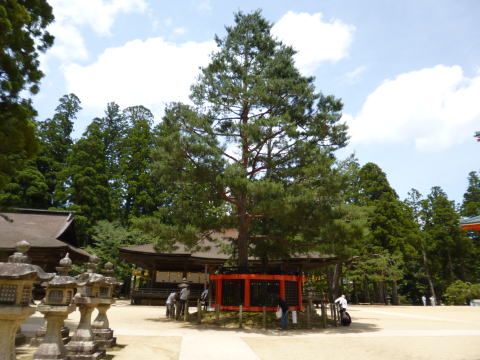 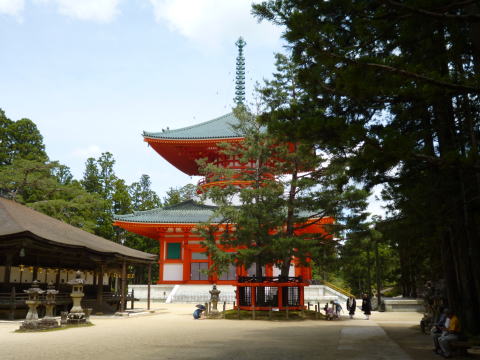