Seigantoji is a Tendai Buddhist temple at Nachikatsuura town in Wakayama prefecture.
According to a legend Seigantoji was founded in the early 5th century by Ragyo Shonin .
When he drifted ashore in Kumano from India, he experienced the revelation of Kannon, and another Buddist priest came from Yamatono Kuni, where the capital was seated until 784, and carved the image of Nyoirin-kannon to install it as the object of worship.
Adjoining Kumano Nachi Taisha it was known as Nyoirindo, and is developed as an integral part of Kumano Nachi Taisha before the 1868 Shintoism and Buddhism Separation Decree.
This temple retains the elements of Shinto-Buddhist fusion very well.
The Nachisan Seigantoji Hondo is a gigantic bare wood construction which was reconstructed in 1590.
This is the first sacred place of “Saigokujunrei”, or pilgrimage to 33 Kannon which was started in 1161. Saigokujunrei has been a religious practices to visit 33 temples in Kansai area.
The general public started to participate in Saigokujunrei in the 15th century, the number of pilgrims who visited the temple increased, and by the 17th century when many people from all over Japan were visiting the temple.(Y.N) 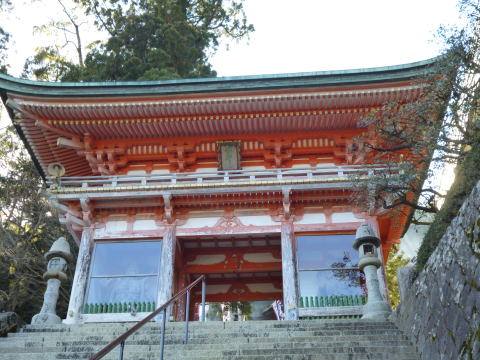 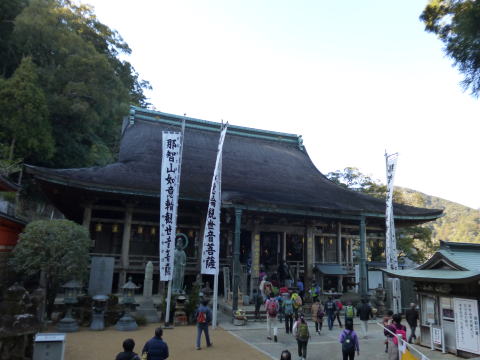 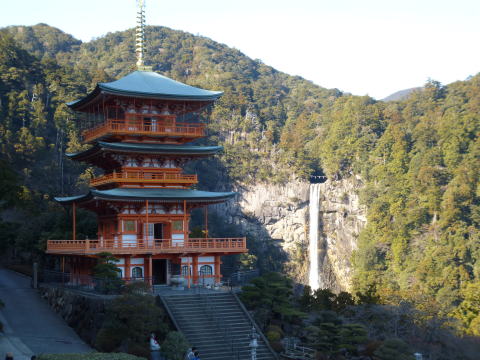