Choishimichi is a 24km pilgrimage route from Jison-in to Koyasan Kongobuji.
Among the several pilgrimage routes to Kongobuji, the "Koyasan Choishimichi" is the one constructed by the founder of the temple, Kukai, himself and the one that has been most used.
Every Cho (about 109m) along the route, stone signposts called Choishi are installed to show the distance to Danjogaran, the center of Kongobuji.
A Choishi is a five-tiered stupa with a square granite head, carved out of stone into a structure about 3.5m height, 30cm width, 750kg weight.
On the side of its body are engraved not only the distance in Cho from Danjogaran compound but also the Sanskrit names 36 Buddhas of Kongokai (Diamond Realm in the doctrine of esoteric Buddhism) and 180 Buddahas of Taizokai (Womb Realm in the doctrine of esoteric Buddhism), the name of the donor, and the date of the construction
Nowadays Choishimichi is a popular hiking route among the people.
It can be accessed from Kudoyama station and Kiihosokawa station of the Nankai Koya line.(Y.N) 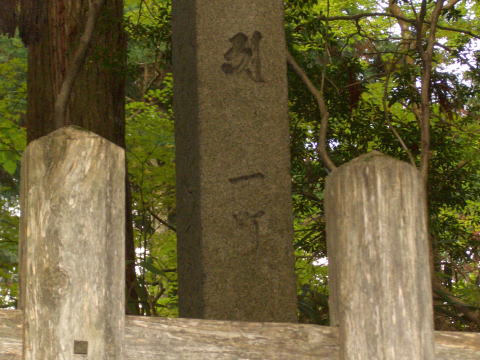 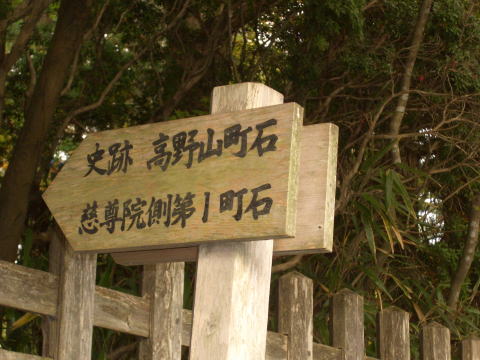