Yoshinoyama is located to the south of the Nara Basin、where the capital city of Japan was seated from the 7th to 8th century, had been the object of worship.
As the Shugen sect of ascetic Buddhism became more and more active and influential, this region became the most important sacred place associated with En no Gyoja(7th c. to 8th c.), who is believed by some to be the founder of Shugendo.There remains many monuments and sites related to Shinto and Shugendo still today.
There are Shinto shrines, Buddhism temples of the Shugen sect, shops and hospices for the accommodation of pilgrims.
Surrounding them are vast stretches of cherry trees, which are planted after the legend that En no Gyoja carved the principal object of worship out of a cherry tree; since the 10th century, this place has been a symbolic place famous for the beauty of cheery blossoms, typically illustrating the esthetic value of the Japanese people.
In July 2004, Yoshino was registered as a UNESCO World Heritage Site as a part of the “Sacred Sites and Pilgrimages Routes in the Kii Mountain Range, and the Cultural Landscape that Surround Them”. 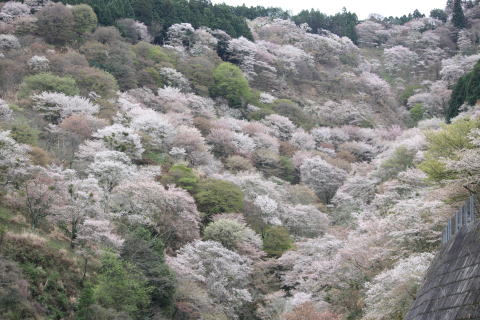 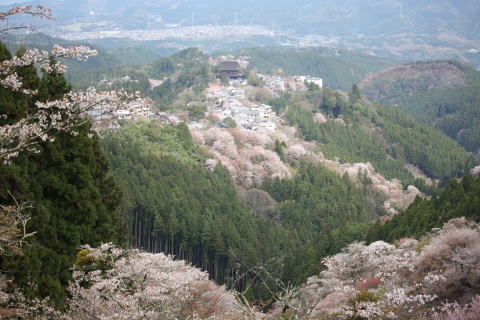 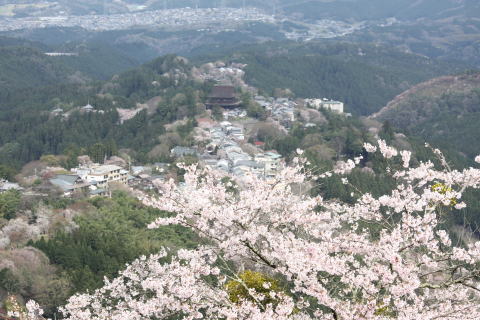