Karukayado (Karukaya hall) is located at Koyasan Wakayama prefecture.
This hall tells the story of a Buddhist monk who did not realize a fellow monk was his own son from lay life as they practiced here over 40 years.
A statue of Jizo showing a parent and child Jizo is enshrined here along with a sculpture of the father and son.
The Jizo is managed by the Mitsugonin temple just near the hall.
The reason why the Karukaya hall is popular among the people is that Koyahijiri Monk Group headed by Hoto Daishi located the head temple office at the Karukaya hall.
Koyahijiri Monk group travelled all over Japan during feudal period and they disseminate the above-mentioned Ishidomaru story.
There are pictures and embroidery which explain the Ishidomaru story.
From Koyasan station of the Nankai Koya line, it takes about 10 minutes to Karukayado bus stop.(Y.N) 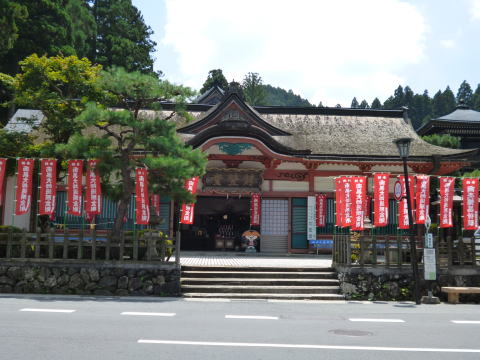 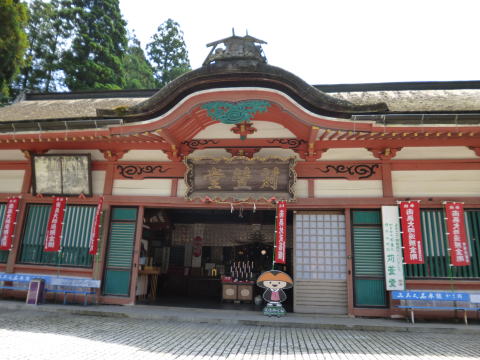